It’s National Eating Disorders Awareness Week – “Come As You Are” 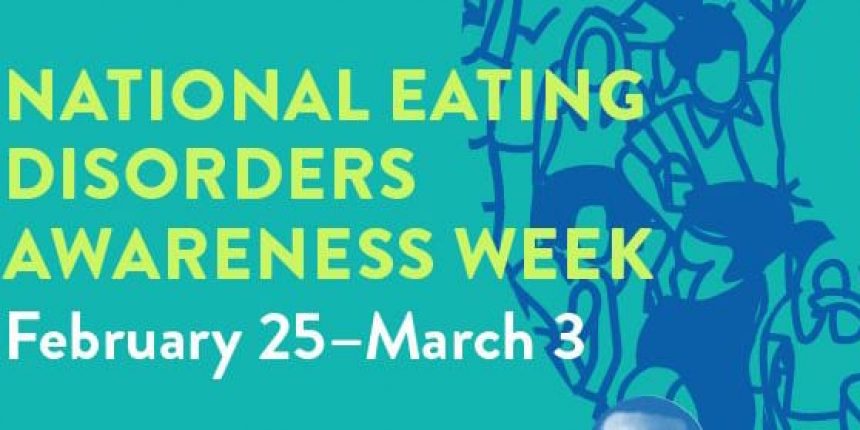 It’s that time of year again: The annual National Eating Disorders Awareness Week is February 25 to March 3 with the slogan “Come As You Are”, an effort towards inclusivity.

As I sit to write this Blog piece, I am thinking about my own path to becoming a psychiatrist with expertise in helping people struggling with disordered eating; from my first exposure to someone with Bulimia Nervosa in my all-girls high school, to a dear friend in college who had Anorexia Nervosa, to my first job after college as a mental health worker on a women’s eating disorders unit in a psychiatric hospital, to a research coordinator on what were to become landmark studies on the treatment of Bulimia Nervosa and Anorexia Nervosa.

During those years I decided to pursue medical training, and did research on bariatric surgery and its impact on hunger and satiety at Columbia University when it was a new treatment for obesity.

During my psychiatric residency training I continued to pursue my interest in eating disorders, and joined the National Eating Disorders Association and The International Academy of Eating Disorders. These two organizations have worked and continue to work tirelessly to increase information and reduce stigma regarding eating disorders, such as is done through NEDAW and also through the efforts of many people on the front line working with people actively struggling with an eating disorder.

I have seen that the term “eating disorders” is an over-simplification, as we know each eating disorder is a result of many factors, from genetic to personality to environment.  We no longer think of a “typical” patient or person who has an eating disorder—we know eating disorders span all genders, ages, colors and socioeconomic strati.

I know that you can’t tell how sick or well someone is from their outside appearance.  I know that eating disorders still hold the highest mortality risk, stealing lives and years of life. I know about the medical risks and that there is no organ system in the body spared by an eating disorder.

I know we have two relatively new diagnoses: Binge Eating Disorder (BED)and Avoidant Restrictive Food Intake Disorder (ARFID) – though I had been waiting for BED to become an official diagnosis since my year studying bariatric surgery (high rates of BED in that population).

I have seen rates of combined eating disorders and substance use increase, and I know how to address this in an integrated approach. For this reason I am in the process of obtaining certification in Addiction Medicine.

I continue to be inspired to work with and for a group of people and patients whose lives have been interrupted by an eating disorder.  I am proud of those out there who want to fight the fight to decrease stigma and help others break free from the binds of an eating disorder.

I continue to take part in the NEDA walks and do talks and screenings in the community, to raise awareness in hopes I can help people and their loved ones seek help for an eating disorder.  I have worked tirelessly and my path has taken different turns, but I have never lost sight of this goal.

If you are reading this blog please know there are people out there you can turn to for guidance and support.  You are not alone.  Please reach out during this week and know that there is a hand on the other side.