A Message of Hope: The Time Is Now 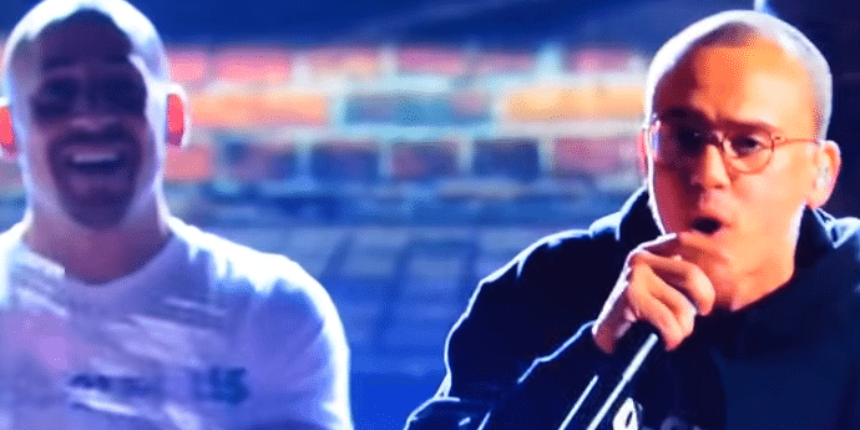 The powerful performance of the hit song “1-800-273-8255” by Logic was a magical moment at the Grammy Awards bringing together millions of viewers over the important subject of suicide prevention.  Joined by Alessia Cara & Khalid, the song emphasizes that suicide isn’t the answer.  Also on stage was Kevin Hines, one of the few individuals to survive an attempted suicide by jumping off the Golden Gate Bridge who has devoted his life to mental health reform.

Silver Hill Hospital featured Kevin Hines at its recent Gala, entitled “Giving Hope,” and supports the work of educating the public on the devastating effects of suicide and on how people can get the care they need.  By shining a spotlight on suicide prevention, The Grammy program, Logic and Kevin will inspire a tremendous ripple effect of advocacy, inspiration and hope.

Kevin has also recently finished “Suicide: The Ripple Effect” which is a feature length documentary film that focuses on suicide, mental health, and the effectiveness of advocacy in helping individuals heal and stay alive. The film highlights Kevin’s personal journey as well as stories of individuals and families who are using their personal tragedy to bring hope and healing to others.  Kevin knits together many voices which give texture to, and amplify, his message.  One of the most notable ‘ripples’ is the approval of plans for a $200 million suicide barrier on the Golden Gate Bridge.

All of this speaks to something larger.  We, as a country, are in a moment together.  1 in 5 Americans lives with a mental health condition.  Everyone is affected.  It is vital that we join together and end the stigma.

Silver Hill applauds the efforts of the Grammy producers, Logic, Kevin Hines and others who have helped bring this important message to a wide audience.