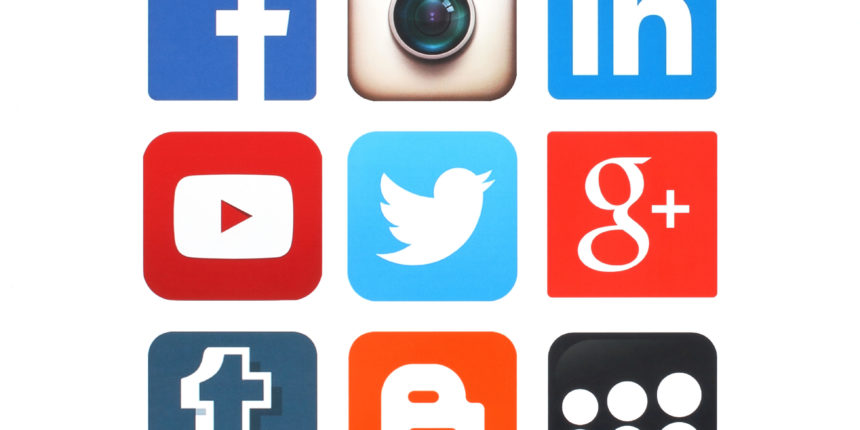 1 in 4 people use social media worldwide. Most people login to social media sites, like Facebook and Twitter, multiple times a day. For some, it’s the first thing they see when they open their eyes in the morning and the last thing they see before bed. Although it seems harmless to scroll through your Facebook newsfeed to see what’s going on with your friends, it does come at a price. Not only are we replacing genuine human interaction with technology, but we are putting our emotional health at stake too. Research has shown a correlation between time spent on social media sites and a person’s self-esteem and anxiety levels.

In a 2012 survey conducted by Anxiety UK, over half of participants said social media changed their behavior negatively and they reported feeling less confident when they compared themselves to their friends. This is because as we scroll through Facebook, Instagram or Pinterest, we are seeing the images our friends post and compare them to our life. The photos of happy families, trips to Europe, fun-filled weekends and elaborate children’s parties all lead to feelings of inadequacy, which in turn can lead to anxiety. We have always tried to keep up with the Joneses, as the old saying goes, but now we aren’t just trying to keep up with the next door neighbor. We’re trying to keep up with everyone that is connected to us in the digital world.

The constant connectivity is also distracting us from the present moment. When dining out, how often have you seen someone pull out their phone to take a picture of their food? Instead of savoring the moment by enjoying the taste of the food, the ambiance of the restaurant and the company of a dining companion, people are too busy uploading pictures of their meal to Facebook or Instagram to show it off to friends. Once it’s posted, they’re probably checking it every two seconds to see if someone “liked” it or commented on it. The obsessive checking of newsfeeds can be explained by “FOMO,” or fear of missing out. We can’t stay focused on the present because we are too concerned there is something better or more important going on that we’re missing out on. You might be missing a party that all your friends are at or you might miss a comment on your picture.

Society as a whole is becoming increasingly dependent on technology, but teens have been immersed in the digital world their whole lives. Stop to imagine yourself back in high school. Most of us always compared ourselves to the popular kids. We felt bad about ourselves when we didn’t think our clothes, shoes, or life in general was as good. Now imagine having those feelings 24/7 because teens are constantly connected through texting and social media. Images portraying a glamorized version of reality flood newsfeeds at all hours of the day as teens agonize over creating the perfect digital identity.

As one expert put it, teens are getting “actual polling data on how much people like them or their appearance via things like Facebook ‘likes.’” Posting a picture on Facebook or Instagram isn’t just uploading a casual snapshot. Teens think about what to wear, how to pose, what the background looks like, which photo filter to use, etc. In fact, last year the “100 Club” emerged. Acceptance to this “club” is based on how popular your pictures are on Facebook or Instagram. Those who get 100 likes or more for the picture posted, are considered popular. Having less than 100 likes is considered embarrassing. Constantly seeing pictures of perfection and worrying about whether your picture will reach 100 likes is filling teens with anxiety. They are left feeling like they aren’t good enough, pretty enough, popular enough and, unless you’re in the popular crowd, self-esteem plummets. It’s hard to feel like you’re ever good enough when everyone else’s life appears better on the surface.

High school halls have always been filled with cliques of mean girls and bullies, but at least when the bell rang at the end of the day, you knew you could go home and have a break until the next day. With technology there is no escape; teens are always reachable and connected to their peers. In addition to creating anxiety, things can take a cruel twist if cyberbullying comes into the picture. Cyberbullying, which is bullying that takes place via text, social media sites and other websites, has affected more than half of teens.

In today’s world, teens aren’t picking up the phone or meeting up at the park to talk about their day. Instead, they’re in their rooms texting, using Snapchat or posting pictures on Instagram. When communicating in such an impersonal manner, social cues are ignored. When having a disagreement by text or online, it’s much easier to say hurtful things that you would never say in person because you never have to look anyone in the eye or hear their voice. Fifteen years ago when girls were mad at each other, dirty looks and nasty comments might have been exchanged in the hall. Today, both girls and boys are turning to the internet to “get back” at their peers. This comes in the form of posting unflattering pictures, comments or even fabricating stories and creating fake social media profiles to share with the world in the click of a button. Teens are also bullying via text and saying terrible things like “Everyone hates you. You’re such a loser” and sometimes suggesting that the person should end their life.

One big problem with cyberbullying is it’s hard to erase the damage. The bullying can be done anonymously so it’s difficult to find the culprit and the damaging pictures and messages spread at such a rapid pace that it’s nearly impossible to delete everything. The constant harassment, both in person and in cyberspace can be a deadly mix if a person is predisposed for mental illnesses, like depression or anxiety. Experts can’t say that bullying directly causes suicide, but bullying can contribute to feelings of hopelessness and helplessness, which increase a person’s risk for suicide. Since suicide is the second leading cause of death for people ages 15 – 34, as of 2013, it’s important to watch for warning signs especially if a teen is being bullied.

Learn how to prevent cyberbullying and report it when it happens.

What Should We Do?

We all should take a step back to analyze our digital habits. When it comes to managing your child’s social media consumption, the first step is to limit your own screen time. You need to set the example. A good practice is to enforce technology-free zones and times when nobody, even parents, use phones, computers or iPads. The dinner table is a great place to start. During meals everyone should brush up on verbal communication skills and leave the phones behind. The in-person conversations and interactions strengthen parent-child bonds and helps kids feel more secure. The same practices can be applied to any household. All relationships can benefit from more face time and less screen time. Not only can it strengthen bonds, but it shows respect. Nobody should put technology before the people sitting right in front of them.

Tags:
Anxiety Bullying Cyberbullying Depression Parenting Teens
We use cookies on our website to give you the most relevant experience by remembering your preferences and repeat visits. By clicking “Accept”, you consent to the use of ALL the cookies. However you may visit Cookie Settings to provide a controlled consent.
Cookie settingsACCEPT
Manage consent