Suicide Prevention: Educate Yourself & Save Lives 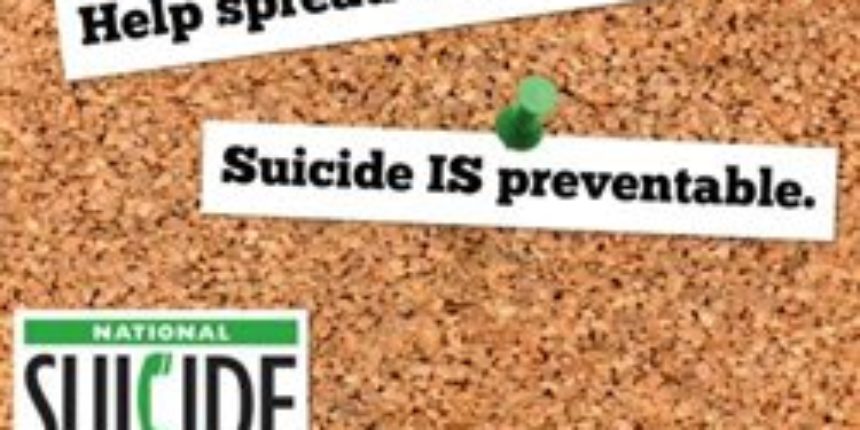 Suicide rarely occurs without warning. It is the final sad step in a life unnecessarily taken over by illness and despair. In fact, 90 percent of people who kill themselves have a diagnosable and treatable mental illness. In other words, suicide is very often preventable.

We speak of suicide in hidden, hushed tones, as if it hardly ever happens. But statistics prove otherwise:

As with most mental illnesses, suicide is complex. Clearly, the individual is under stress. But we are all under stress each day, and not all of us attempt suicide. Stress does not cause suicide. Research is trying to determine what causes one individual to have an extreme reaction when another does not. People struggling with a bipolar disorder, schizophrenia or an addiction are more prone to attempt suicide. The risk of suicide in alcoholics is 50 to 70 percent higher than the general population. Research suggests that 60 percent of persons who commit suicides are depressed.

A job loss, divorce, loss of a loved one or being socially isolated can trigger suicidal behavior. Suicides have traditionally decreased in times of war and increased in times of economic crisis. Males complete suicide 3.6 times more than females, but females attempt suicide three times more than males. Completed suicide rates are highest among those over 80 years old.

If you know someone who is considering suicide, take it seriously. 50% to 75% of all people who attempt suicide tell someone about their intention.

Stay with them, but do not try to help them yourself. Reach out to a counselor or physician. Remember, if the disorder can be identified, the risk for a suicide attempt should be lowered. If the situation is critical, call 911 for immediate help.