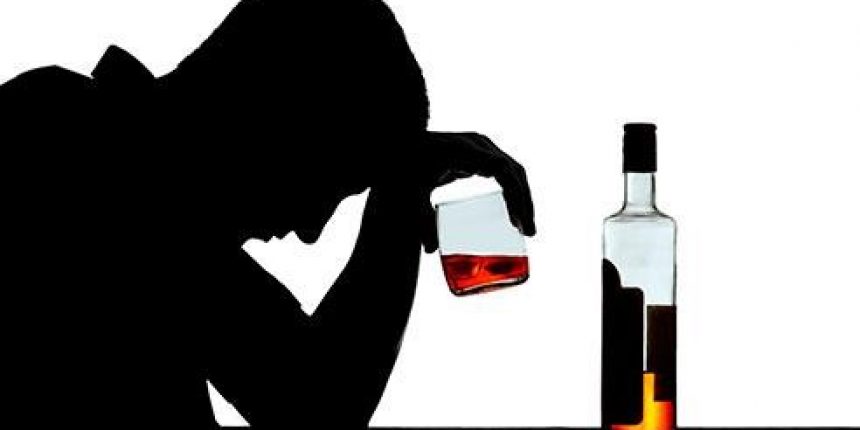 Alcohol has been used for centuries to celebrate, relax, or socialize with others. We often tell ourselves that it is just for the occasion, but as we have seen all too often,  that occasion can become many occasions if not monitored or controlled. It is during these occasions that many do not know how much is “too much” and when is the right time to seek help.

Unfortunately for some, “too much” can pose many physical health risks for those who use it excessively. That is why it is important to know about these top 5 Health related issues from alcohol and what options are available for those in need.

Some health risks can be immediate and unexpected. Alcohol often leads and increases poor decision making. Injuries can happen and can vary from falls, burns and/or getting into a vehicle and getting into an incident, like car accidents.

In the short term, the health related risks can be immediate and harmful not only to oneself, but to others around them. According to the CDC (Center for Disease Control), 10,497 people died in 2016, due to alcohol-impaired driving crashes. This accounts for 28% of all traffic-related deaths in the United States overall.

An alarming 1,233 traffic deaths among children ages 0-14 in 2016, 214 (17%) involved an alcohol-impaired driver. These numbers speak volume as the roads can be extremely hazardous for children themselves, especially when it is unexpected.

There are numerous reports that link to younger people being more at risk of alcohol impaired driving. Ages 25-34 have been reported to be the common age group that are more likely to get in a car after one too many. Ages 21-24 and 35-44 were the next two largest groups to watch out for.

In the long term, there have been cases where the individual survives an injury and has to deal with the consequences and repercussions. Mentally this can be traumatic to the individual under the influence of alcohol and to those around them.

This can include one or more of the following:

As numbers increase in alcohol related accidents, individuals should practice safety and health before considering a night out and consuming alcohol. CDC sources suggest:

If you or someone you know has an issue with drinking and injuring themselves don’t overlook it. Talk to this person while they’re sober and suggest that they seek help. If they are willing have them reach out to a health professional. Saving a life can save many and if it is for yourself know that you have these options and that help is available.

Violent behavior, including homicide, suicide, sexual assault and intimate partner violence have been reported as immediate short-term health risks. Any of these listed behaviors are common and can pose a major risk for the individual under the influence of alcohol and to the victims of the abuser.

According to the American Addiction Centers, there is a strong link between alcohol abuse and violence. People who haven’t worked out their anger issues while they were sober are more likely to get drunk and engage in violent behavior. Researchers also noted that an individual with unreleased rage often acts out when sufficiently intoxicated, and are more likely to cause harm to others, such as spouses, partners or people in general.

Domestic violence is one of the most concerning issues when mixed with alcohol. Heavy drinkers who engage in such behavior present risks not only to themselves, but to their victims. Both the abuser and the victim are at a higher risk of developing a mental health disorders often bloom from s violent, alcohol-fueled relationship. The assaults associated with alcohol can range from mental to physical abuse, leaving both parties psychologically damaged. Physical assaults can leave victims helpless and traumatized causing potential risks for their overall well being.

Unfortunately for the victims, they are the ones to turn to substance abuse following a traumatic event. In, such events women are two times more likely to develop a mental health disorder than men. It has been noted that 70% of violence related abuse leads them to using alcohol in order to cope. Other cases show that victims can also develop eating disorders and turn to drugs for coping methods.

Alcohol is a depressant which may at first have stimulating effects, but with continued heavy use can exacerbate depressive symptoms and suicidal thinking or acting on suicidal thoughts. Those with major depression or chronic suicidal thinking should be warned that there may not be any safe amount of alcohol to use, even small, infrequent drinking.

Alcoholism clinical and experimental research noted that substance abuse is often connected to past and future suicide attempts. It was mentioned in the clinical research that an individual’s inability to control their violent behavior lead to acts of impulse leading to “self-directed violence”. In addition, the individuals who had attempted suicide in the past had symptoms of depression and other mental disorders. It is important to understand the precautions before hand as alcohol can lead to a suicide attempt. Excessive alcohol consumption can be a trigger for health related issues and risks.

Sometimes the level of distress in an individual’s life can consume their thoughts beyond their control. While under the influence of alcohol can be dangerous for them if they experienced a life changing event or they cannot cope with alcohol. More info on Suicide , Symptoms, Help and Prevention Tips can be found here.

If you have been a victim of domestic violence or require help controlling your alcohol intake Silver Hill Hospital offers information, programs and personalized accommodations for all patients. Learn more about these programs here.

Risky sexual encounters can lead to many health related issues when alcohol is involved. Adolescents and or young adults are at risk for risky sexual behaviors as binge drinking is more common in this age group. We may not think much of it in the moment, but unprotected sex while under the influence of alcohol can lead to future health problems, such as:

The risks of having one of the above can also lead to mental health problems. It is concerning because these immediate events can become daunting for those dealing with the repercussions of alcohol related sexual encounters. Sometimes unintended pregnancies can occur from risky sexual activity when alcohol is involved.

What is truly alarming is that some of these women don’t even recognize that they are pregnant. Any consumption of alcohol during can be dangerous for a developing newborn. These pregnancies can have risks of fetal alcohol spectrum disorders if the mother of a child continues to drink during pregnancy.

Now there are conflicting data among doctors about whether some women can have small amounts of alcohol at any stage during pregnancy. ACOG suggests that the best course of action is to stay clear from alcohol as studies show inconclusive data on the threshold amount of alcohol that can be consumed during pregnancy.

In addition, to these facts the CDC reported that 1 out of 9 women drink alcohol in the past 30 days. Of those, about a third of pregnant women engage in binge drinking. Again there is no safe amount of alcohol that can be used during pregnancy. This can include all types of alcohol on the spectrum. There are multiple studies about alcohol abuse in women here.

Silver Hill hospital offers intensive in and outpatient programs for addiction and substance abuse. If you are a woman seeking information on alcohol related health factors or want to learn more about these programs find out here.

In the long term, excessive alcohol abuse can lead to life threatening diseases or chronic conditions, and often-times a combination of conditions. Some of the most common alcohol related diseases are

And there are more, such as organ failures, heart attacks, strokes and cancer. Alcohol abuse can cause an increased risk of breast, colon, esophageal and or liver cancers.

The esophagus is a vital organ that controls what passes through the throat and into the stomach. When alcohol is consumed there is a higher risk of developing varices and throat conditions like GERD or Barrett’s Esophagus. If left untreated rare cancers can develop and be difficult to treat.

The liver is also another vital organ of the body. Anything you drink passes through it. In many cases, excessive drinking leads to liver failure, which unfortunately is hard to reverse. If you feel like you don’t know if your liver is at risk from drinking you should consult with a healthcare professional to get tested.

Alcohol alone puts anyone at risk, but if someone combines alcohol with other central nervous system depressants like benzodiazepines and opioids the health risks can be almost immediate. Mixing medication and or drugs can increase the risk of overdoses and other related organ failures and diseases. More information on symptoms of alcohol overdose can be found here.

If you have a hard time controlling your drinking and you need help reducing your alcohol intake, Silver Hill Hospital offers multiple programs to help break the cycle of relapses and maintain sobriety. Learn more about these programs here .

Learning and memory problems have been reported as a long term health issue for many who abuse alcohol. Brain and cognitive function has been proven to be affected by drinking on a regular basis, and everyday activity can become difficult. If alcohol is consumed to the point of “blacking out”, any of the other health related issues from alcohol mentioned earlier can occur as well, but we are not just talking about black-outs. Day to day cognitive ability and short term memory loss are a common health risk, the more alcohol becomes art of a regular routine.

You can see the fallout from this. Over time, many individuals who drink in excess can develop dementia or face social problems with their friends and family, and employment can be at risk. This can lead to future developed mental health disorders, such as depression and anxiety if they don’t have it already. It’s often a spiral effect.

As we age our brains slow down over time, but heavy drinking can certainly speed up this process, causing dementia and more extreme memory loss. Individuals who have a dependence on alcohol speed the shrinkage of certain key regions in the brain for memory. All of this can be prevented by seeking the right care and health management of real professionals. Silver Hill offers management programs for those dealing with mental health disorders and substance abuse. Read more about these management programs here .

The next time you drink or see a friend or loved one drinking to excess,  know that if not careful it can be life threatening. Alcohol related health issues, both physical, mental and emotional, should be taken seriously. Again, if you or someone you know needs help to reduce the amount of alcohol consumed there are options.

You can start off by making an appointment or calling (866)-542-4455 to learn more about Silver Hill’s treatment options and methods for substance abuse and management.