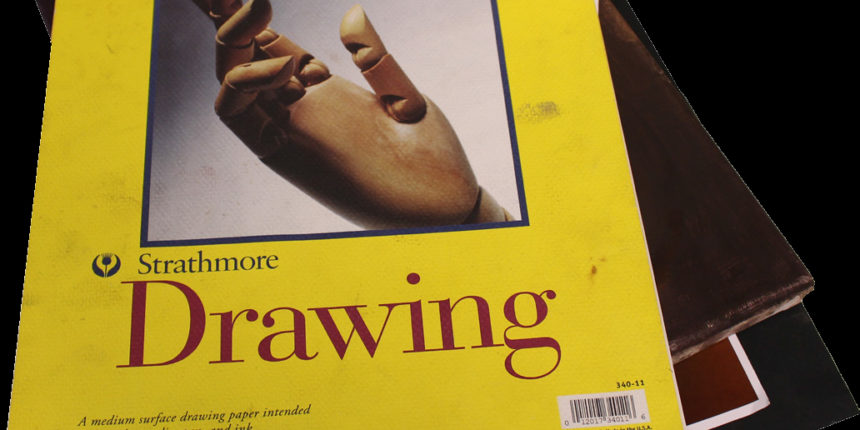 Frank has been interested in art his whole life. Since he retired from his career as an organizational psychologist, he spends his time taking classes and improving his skills. In the fall of 2012, after seeing a copy of The Silver Lining, an art and literary magazine created by Silver Hill Hospital patients, volunteers and staff, Frank decided to put those skills to work and become a volunteer at the hospital. He wasn’t quite sure what he wanted to do, but after speaking with the Volunteer Director Frank decided to create a drawing group for the Adolescent Transitional Living Program, a residential program for teens struggling with psychiatric and addiction problems.

“These kids already have structured activities, so I don’t hold art class; Instead I coach each person towards the results want.”
That’s exactly what he has become. “Art is a language – a way to communicate,” he said. Thanks to Frank’s program, many of the teens now have a new outlet to express themselves.

Since some teens in the program struggle to communicate their feelings, drawing gives them an outlet. During the year and a half he has spent at Silver Hill, Frank has watched a number of them fine tune their skills or uncover talent they didn’t know they had.

Not only does he bring his passion for drawing, he is a gentle, yet strong presence that helps support the patients’ feelings of personal safety and desire for growth. He has been a consistent presence and the teens look forward to entering “Frank’s Studio” around the kitchen table each week.

Frank was honored by the town of New Canaan, CT and received the “Inspiration Award” for his work at Silver Hill.