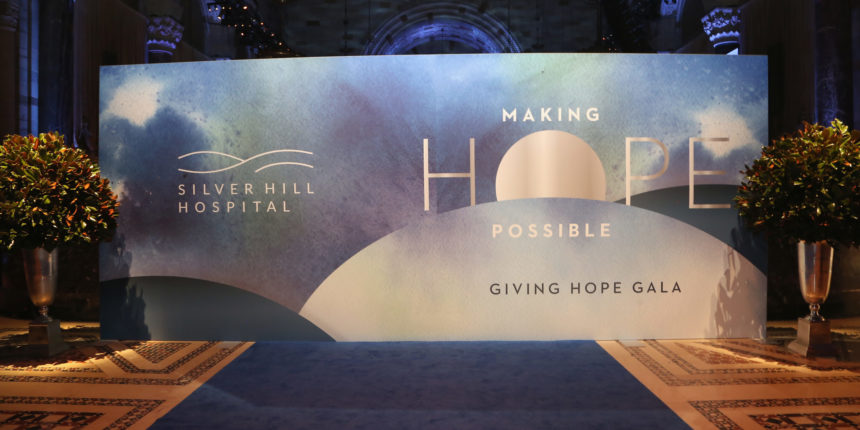 On Monday, November 13, Silver Hill Hospital held its eighth annual fall benefit, the Giving Hope Gala, at Cipriani 42nd Street in New York City, honoring Grammy Award-winning musician Nile Rodgers with the 2017 Visionary Award.  The award recognizes an individual who, through personal contributions and action, has inspired others and helped remove the stigma of mental illness or addiction. This year’s inspiring speaker was Kevin Hines, who is one of only 36 people to survive a suicide attempt of jumping off the Golden Gate Bridge and is now actively spreading the message globally of living mentally healthy. Silver Hill Hospital’s new President and Medical Director Dr. John Santopietro welcomed guests and delivered remarks.

More than 375 guests attended the 2017 Giving Hope Gala that included dinner, dancing, and a live auction. The event raised more than $1 million for Silver Hill Hospital’s Patient Financial Aid Fund, serving individuals who would benefit from the hospital’s long-term residential treatment programs but are without adequate resources to cover the costs.

An outspoken recovering addict and former Silver Hill Hospital patient, honoree Nile Rodgers said from the podium: “Not only did Silver Hill save my life, they gave me my life back … I never knew how to give back to Silver Hill what they gave to me.” He invited the guests to match his $10,000 donation to end the night.

Rodgers is a 2017 Rock and Roll Hall of Fame inductee and has sold over 300 million albums worldwide. He has collaborated with countless musical icons including David Bowie, Diana Ross, Michael Jackson, Bob Dylan, Daft Punk, and Madonna, among many others. Rodgers unites the global community through his music and humanitarian work. He is the Founder of the We Are Family Foundation, an organization dedicated to the vision of a global family by creating and supporting programs that promote cultural diversity while nurturing the vision, talents, and ideas of young people who are changing the world.

View photos from the event!