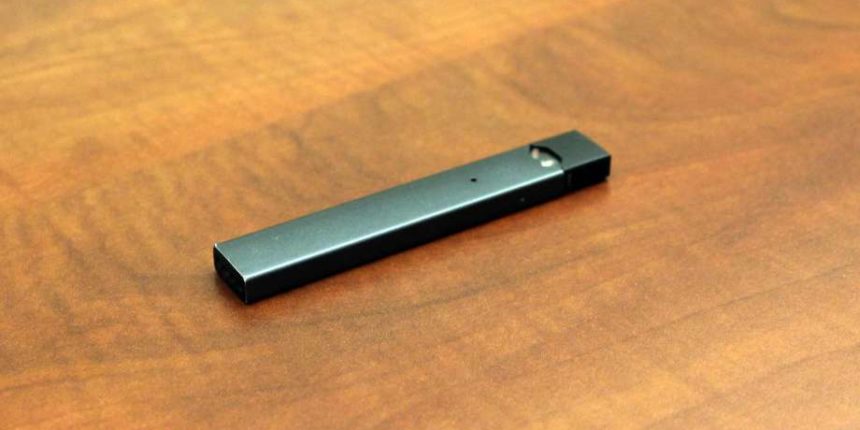 It was back in 2012, around the time Darien detective James Palmieri started as the school resource officer at Darien High School when he first encountered vaping.

“I remember when I started up there,” he said. “It was really, really new so they didn’t necessarily have a policy.”

By the time Palmieri left his school resource officer role in 2017, he said he had a “whole drawer full” of vaping devices confiscated from students.

Back when Palmieri was young, schools were trying to combat cigarette smoking which was easily detected by its pungent scent. But now, he and officials at New Canaan High School, say they almost never see students with cigarettes. With its odorless vapor and portrayal as healthier than smoking cigarettes, vaping has become a growing issue many local schools are trying to combat through education.

According to Dr. John Douglas, service chief of the outpatient addiction program at Silver Hill Hospital, vaping is the act of using an electronic cigarette to vaporize a liquid to smoke. Often the liquid is tobacco-based, though sometimes people abuse them to smoke hash oil which contains THC extracted from marijuana.

“Some people consider vaporizing tobacco a more healthy alternative to smoking cigarettes,” he said. “They feel they’re not getting other chemicals in cigarettes.”

At New Canaan High School, faculty and administration said they aren’t seeing students using e-cigarettes for hash oil. Rather, many students don’t understand the liquid they are smoking is harmful.

“They say ‘I don’t vape. I Juul,’ ” said Janet Reed, nursing supervisor for New Canaan public schools, referring to a brand of e-cigarette. “That was a window into how little they knew.”

New Canaan High School Principal Bill Egan said he originally didn’t know what vaping was when he first caught a student with one two to three years ago. The school has since instituted a policy treating e-cigarettes like traditional tobacco products.

Students cannot have e-cigarettes on school grounds and any student caught vaping in school gets a five-day suspension and have their device confiscated. However, they also have to meet with a counselor and nurse to learn more about what they’re putting into their body.

“When we catch kids, they know it’s not something they should be doing,” Egan said, adding catching students is a rare occurrence, though some students do try to smoke in school bathrooms.

According to Douglas, many people who use electronic cigarettes think they’re a healthy alternative to smoking or a way to quit regular cigarettes. However, that’s far from the case.

“From my perspective, the biggest risk is perpetuating addiction and worsening addiction problems,” he said. “E-cigarettes are very much tied to a drug abuse program. They perpetuate nicotine addiction as well as addiction to other substances. Our culture is currently trying to understand where e-cigarettes fit in society. In my opinion, it’s just as another recreational thing people do.”

Reed and other nurses have also started going into health classrooms to educate students on the risks of vaping and the nicotine in them which can cause cardiovascular damage. They also make students aware that this behavior can lead to addiction later in life and vaping companies will try to present their products as safe to appeal to a younger market. The same curriculum is also being added to upper division classes at Saxe Middle School.

Egan said the high school also educates parents on vaping devices through a fact sheet from the National Institute of Health and through their weekly newsletter. Teachers were also shown pictures of the products during faculty meetings. Many of these devices resemble a pen or a flashlight and the liquid packs look like USBs, so New Canaan High School includes photos to make sure parents can identify these smoking devices.

One of the struggles of combatting vaping is the ease at which teens can get the products. While the law limits the purchase of vapes to people 18 or older, many teens can buy the products from websites by lying about their age. The devices are also easily accessible at gas stations which may not always card their buyers.

“Order online is big, which is hard to control,” Lambert said. “All you have to do is click that you’re 18.”

Palmieri said that during his time at Darien High School, he saw students selling the liquid packs at double the rate they bought them. While his school resource officer did not include disciplining students, he did talk to them about the legal consequences of selling tobacco products. While 16- and 17-year-olds could be subjected to an infraction for it, students younger than that could be sent to court for the offense.

Palmieri also said he saw students turn vaping into a “game” of sorts, seeing who could smoke in the most obvious place since the vapor doesn’t leave an odor. According to Palmieri, students would bring the smaller smoking devices to school, hide them up their sleeve and smoke in class when the teacher’s back was turned.

“My personal opinion is kids look at cigarettes and they have it in their head that smoke is bad,” he said. “(With vaping), they think it’s just vapor. They think they’re getting nicotine without any of the other chemicals or negative ingredients.”