The Opioid Addict on the Trading Floor 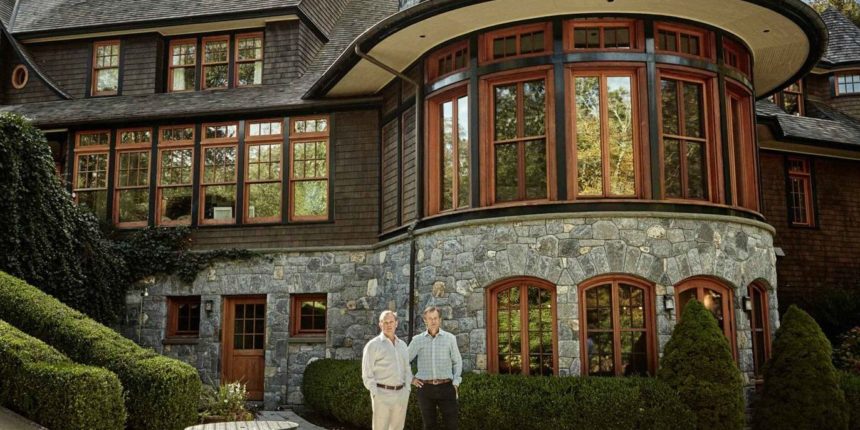 When things got bad for trader Trey Laird, he was drinking alone after work and doing cocaine on the evening train to Connecticut. But his biggest problem was swallowing about 160 milligrams of OxyContin every day. He spent his time high, thinking about getting high, coming down or running out of his Lazard Capital Markets office in Manhattan to meet a dealer.

Laird, 47, has been clean for six years and is in a different business. In January 2016, he opened a luxury sober-living home in a mansion in Darien, Connecticut, one of the richest towns in the U.S. His company, the Lighthouse, opened a second branch this year in nearby New Canaan. A bedroom there costs $12,500 a month with a roommate, or $15,500 without one.

The opioid epidemic that has plagued poor and working-class communities across the country is hitting Wall Street’s rich and powerful, according to interviews with current and former bankers, traders and financial consultants in recovery. As addiction spreads into their offices, executives also sense opportunities to make money.

“Everything that’s happened in my life has made me ready for this moment—to help affluent guys in early recovery who are going through the same thing that I went through,” Laird says, after a tour of the New Canaan property’s basement, outfitted with a gym, sauna, music room, golf simulator, Need for Speed GT arcade games, murals and a wine cellar. There is no wine. “We couldn’t get enough Pellegrino to stock this.”

Painkillers on Wall Street aren’t new. In the late 1990s, Todd Hollander was a decade into a career as an options trader when someone offered him a Percocet on the floor of the American Stock Exchange. It felt wonderful. He had never touched the Vicodin prescribed after a wrist surgery, so pills were waiting at home. A few days later, they were gone.

Hollander ate Percocet for breakfast with orange juice. When he couldn’t get pills, he’d suffer withdrawal pain that he says he can’t fully describe. He spent his birthday in 2002 high and alone, and then checked into Silver Hill Hospital, also in New Canaan. He’s still in finance, and it annoys him that bankers and traders don’t talk about opioid addiction spreading through the industry.

“No one discusses it,” Hollander says. “Why is corporate America not getting more involved?”

Endo says it complied, and Insys is taking “major actions to prevent the mistakes of the past from happening in the future,” according to a statement.

The irony isn’t lost on a former salesman at one of the world’s biggest banks. About two years ago, he was put onto a pharma deal related to opioid dependency at the height of his addiction to Vicodin. The salesman, asking not to be identified, says he started using at work to take the edge off hangovers and ended up downing dozens of pills a day. He went to California for treatment and is considering a return to finance.

“They often can afford the pills and don’t have the time or the interest to find heroin,” Collins says.

Opioid overdoses and deaths aren’t reported by occupation, so it’s hard to determine how widespread use is on Wall Street. Drug overdoses killed 1,374 people in New York City last year, or 20 in 100,000 residents, a rate that climbed for a sixth straight year and has more than doubled since 2010. About 80 percent of those deaths involved an opioid, according to city government data.

While opioid overdoses increased 16 percent nationally from 2014 to 2015, according to the Kaiser Family Foundation, they jumped about 25 percent in New York and about 31 percent in Connecticut, both among the wealthier states. Even so, neighborhoods like Manhattan’s Upper East Side have relatively low overdose rates compared with some parts of Staten Island and the Bronx, city data show.

“It’s not going away,” says Laird, who started abusing OxyContin when he worked for Piper Jaffray Cos., where he made managing director. “It’s only a matter of time before the opiate crisis pervades every single industry.”

For many years, things were mostly terrific for Laird. He made the soccer team at his Manhattan prep school, was vice president of the Dartmouth College fraternity that inspired the movie Animal House and landed jobs at top investment banks.

An emergency appendectomy landed him in a hospital around Christmas 2002. He walked out with a prescription for 90 pills and a refill. Once he got up to 160 milligrams of OxyContin, he was taking eight times the recommended starting daily dose.

The 2008 financial crisis was looming when Laird checked into a hospital. “I had this sense of peace inside of me,” he says about getting clean. But he relapsed three years later, drinking again while entertaining clients at the 2011 Super Bowl in Texas.

At a party that weekend, Laird got a call from a man he knew in recovery. He meant to decline it but accidentally hit accept, talked to him and decided to head home. He says he’s been sober ever since.

The Lighthouse, which he runs with former trader Tony Kiniry, is unlicensed, offering no therapy or counseling on the premises. Stays there aren’t covered by insurance. Its brochures, featuring seaside vistas, advertise chef-prepared meals, trainers, professional housekeeping and “all the comforts of home” for male professionals. The idea is that after at least a month of detox and rehab, wealthy alcoholics and addicts in the first stages of recovery can offer one another the camaraderie of “like-minded people.”

On a recent visit to the Darien house, stuffed clams are sitting in the fridge and two pyramids of golf balls accessorize a sky-blue bedroom. Smells of leather and cigarette smoke linger in the air in some places.

In crucial ways, the professionals here in boat shoes or loafers are the lucky ones. Some poor addicts have to wait days for beds in detox centers. Across the country, even patients who nab spots in rehab facilities often run out of insurance coverage before they’re ready to leave.

Laird wants to start a third house that costs less, then one for women and a branch in Manhattan. Even with more than half the rooms occupied, the business isn’t profitable yet, he says, “but we’re very pleased.”

On the day of a New Canaan candlelight vigil for overdose victims, Laird is driving past tall green hedges and taller white houses in a black SUV. He points out that Purdue Pharma, the company that makes OxyContin, is headquartered down the road, in Stamford. In 2007, at the height of his use, the company pleaded guilty to misleading the public about addiction risk and agreed to pay $600 million—one of the largest U.S. pharmaceutical settlements ever.

Opioid deaths have only been climbing since. Laird acknowledges that some crises don’t get the attention they need until hitting the rich.

“The good news about that is,” he says, “there’s a lot more money and power in these neighborhoods that can try and fight it.”