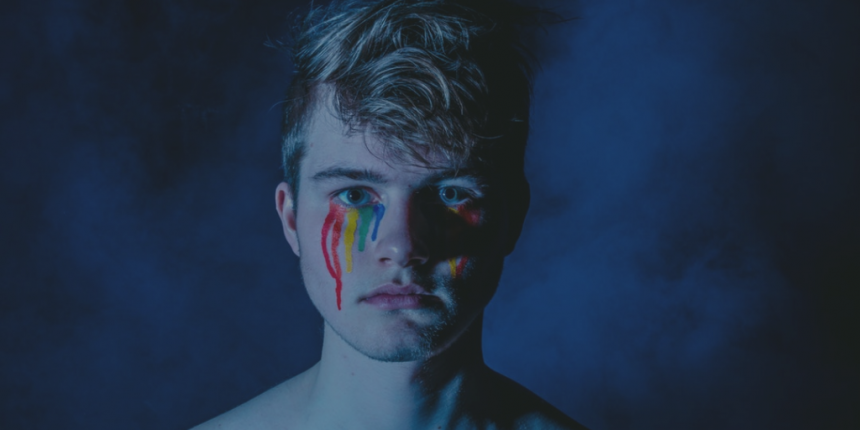 June 2019 marks the 50th anniversary of the Stonewall riots that has led to the movement we know today as Pride. Being fearless is one of the many strong, respectable traits that the LGBTQ+ community has that showcases their pride to be themselves. However, being fearless and showing pride in themselves has not always been easy as traditional expectations of society continues to create obstacles for the community.

LGBTQ adolescents in particular face battles with their mental health as more and more are coming out in this stage of their lives. As culture, religion and other traditional factors are obstacles for the LGTBQ+ adolescents, it can often be hard for them to celebrate because of the constant dramatic shifts in public attitudes and the negative issues faced around the community. This has left the LGBTQ+ adolescents mental health and their pride at a vulnerable state in the face of societal acceptance.

Over the past two decades there has been an emergence of research that covers multiple facets of mental health awareness among LGBTQ+ youth. As more and more young people are coming out in the LGBTQ+ community they are being exposed to both the positives and negatives of societal acceptance. The mental whiplash is concerning, as the youth who represent the future are often at risk of developing mental disorders. As a result, it could damage more than just their pride.

NCBI suggests that adolescence is a critical period for mental health development because many mental disorders show onset during these crucial years; a time often characterized by strong peer influence and opinion.  It is important to recognize the fragility of an adolescent’s psyche during this time.

Even during these modern times, many will face double stigmas because of their sexual and/or gender identity. LGBTQ+ members with mental health issues often experience prejudices based on their identities in conjunction to the stigma associated with mental illnesses. Not all members will have the same experiences, however it is important to separate a mental health disorder from the stigma that it is associated with sexual and/or gender identity. Many people blur the lines between mental illness and LGTBQ+ ‘s disposition. These two are completely different things and are not in the same category, and should be distinguished as such.

As mentioned before, there is a double stigma of people associating the two as mentally problematic, but the real issue here is the mental health disorder that can be developed from the societal pressures and mental whiplashes of the public. That is why it is important to separate what you feel and what you think so that you can understand the problematic situations that are causing a mental health disorder. If not prevented or treated it can have a long term effect when an adolescent becomes an adult or a short term effect resulting in suicide.

It’s vital to know the symptoms, help,and prevention tips because it can truly save someone’s life, especially at a young age when you don’t really know who to turn to.

Silver Hill Hospital offers multiple programs that can help adolescents with any of the following:

2. LGBTQ+ Adolescents and their Health Risks

Compared to heterosexuals, the LGBTQ+ population is at a higher risk of developing one or more mental health disorders. As LGBTQ+ youth are coming out to their family and or friends, foster care and or unstable living has been one of the significant negative outcomes experienced from grades 6 through 12. As teens feel family rejection and or other social/cultural traditions caving in on them they can feel unsafe and may prefer to run away, find themselves involved in risky or dangerous behaviors,  or continue to live in unstable living conditions. Unfortunately these negative situations often times leave them vulnerable to mental health disorders that can result in potential health risks. As adolescents are in their developmental phase, these negative environments and or experiences can lead to trauma and mental scars when they reach adulthood.

NAMI lists some alarming statistics about youth and adults in the LGBTQ+ community:

Substance use and abuse (smoking, alcohol and drug use) are greater for LGBTQ+ youth compared to non LGBTQ+ people as well.

Silver Hill Hospital offers both an intensive and transitional therapeutic living programs for youth groups dealing with substance abuse, depression and anxiety and other mental challenges where they  learn applicable techniques to help manage their emotions and find ways to cope with stress at school, home or in any environment.

Having a safe and supportive learning environment and having accepting parents who are involved in their lives are especially important to LGBTQ+ youth.

A CDC study suggests that the youth of the LGBTQ+ community is at a high risk for experiencing some form of violence. According to the data mentioned from the CDC 2015 National Youth Risk Behavior survey, LGB students were surveyed on experiences with violence. Here are some alarming statistics:

In order for the youth to thrive in schools and communities they need to feel socially, emotionally and physically safe and supported. Having a positive school climate can help lower risks of depression, suicidal feelings, substance use and unexcused school absences. Although this factor does not fully eliminate the risks associated with negative attitudes toward the community, the best course of action is to be involved and to listen to the thriving youth in the LGBTQ+ community.

It is slow progress, but change can be seen in many communities across the country as schools continue to actively reform their policies and practices in order to promote health and safety among LGBTQ+ youth. One of the main concerns is encouraging respect for all students and prohibit bullying, harassment, and violence against all students. Given the statistics mentioned above, however, we obviously have a way to go.

Although studies and data are constantly being updated it is still important for schools to consider the following if they haven’t already:

“Identity “safe spaces”, such as counselors’ offices or designated classrooms where LGBTQ+ can receive support from administrators, teachers, or other school staff ”

“ Encourage student-led and student-organized school clubs that promote a safe, welcoming and accepting environment for all sexual orientations and genders ”

“ Ensure that health curricula or educational material includes information on HIV, other STD and pregnancy prevention that is relevant to the LGBTQ+ youth ”

“ Provide training to school staff on how to create a safe and supportive school environments for all students, regardless of sexual orientation or gender identity, and encourage staff to attend these trainings “

More information here on these suggested policies and practices .

How Can Parents Help?

Parents who engage and are involved in their LGBTQ+ teens life can have a tremendous impact on their current and future mental and physical health. Listening to your child  is key. The CDC suggests that having open conversations can help reduce teen health risk behaviors. In addition to this parents should also look out for behaviors that might indicate that their teen is a victim of bullying or violence. The bottom line is that it is important to stay involved, be open and actively communicate to maintain relationships with your teen.

Unfortunately, the LGBTQ+ community is not as widely accepted as heterosexuality amongst some cultures and religions. Although modern times have revealed a more open attitude towards the LGBTQ+population from many groups, there are still many cultures and religions who discriminate, bisects and alienates LGBTQ+ people. This stigma makes it difficult for those who are raised in families who are rooted within anti-LGBTQ+ beliefs.

LGBTQ+ youth need to know that they shouldn’t feel trapped by family beliefs and opinions, and that there is a safe space and help available, regardless of religious or cultural conflicts. Our services at Silver Hill Hospital offer confidentiality and a safe environment,  and encourages family/friend collaboration for those seeking mediation and or help.

You are not Alone

The LGBTQ+ group is large and growing. Progressive attitudes toward this group have allowed people to express their true selves to those in their lives.It has also allowed them to find more who are experiencing similar situations. The LGBTQ+ has flourished in the media and in many other parts of modern society. This has created a much more comfortable environment for LGBTQ+ people to live in.

For those in need of support, our services at Silver Hill Hospital offer one on one and group support for adolescents, parents, adults and executives and professionals where LGBTQ+ experiences can be shared with others, void of judgement.

“All treatment is provided in a warm, supportive, homelike atmosphere designed to promote healing and recovery” and “We encourage close collaboration among patient, family and community providers wherever possible” – Silver Hill Hospital Care Team

You can start off by making an appointment or calling (866)-542-4455 to learn more about Silver Hill’s inclusive treatment options.