Suicide Prevention: What You Need to Know to Save a Life 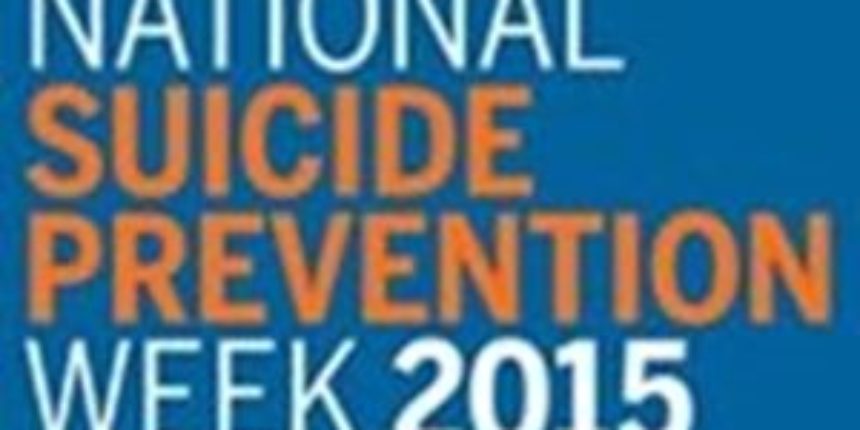 Every forty seconds, someone in the world takes their own life. Approximately 105 Americans die by suicide every day. Suicide is a topic nobody wants to talk about; it seems scary and sad. Although it isn’t a pleasant subject, it’s important to know the warning signs. As we observe National Suicide Prevention Week, we encourage you to educate yourself so you are prepared to help a person in need.
It seems like in recent years, we hear more and more stories about seemingly happy people taking their lives; the young college student with so much life ahead, the celebrity that appears to have it all, and the guy next door who has a wife, two kids and a great job. It’s not in your imagination. In 2014, the suicide rate was the highest it has been in more than 25 years.

While many factors may contribute to the rise in suicide rates, the dramatic increase in prescription drug use and abuse may play a role. A report from the Substance Abuse and Mental Health Services Administration (SAMHSA) showed that suicide attempts involving prescription medications increased by 51% between 2005 and 2011 for people ages 12 and older. They also found that in 2011, 96% of emergency room visits for attempted suicide in people ages 45 – 64 involved the nonmedical use of prescription drugs and over-the-counter medications. Anti-anxiety and insomnia medications were used in 48% of cases, painkillers in 29% and antidepressants in 22% of cases.

MYTH: If someone has it in their mind that they want to die, there is nothing you can do to stop them.
FACT: You CAN prevent suicide. Most people don’t actually want to die, but they are looking for a way to stop intense emotional or physical pain.

MYTH: A person who takes their own life is selfish, cowardly or looking for attention.
FACT: Suicide isn’t the result of a character flaw. More than 90% of the people who die by suicide having an existing mental illness (like depression, anxiety, bipolar disorder) or substance abuse problem at the time of their death. Early diagnosis and treatment can save lives.

MYTH: If you ask a person who seems depressed if they are thinking about suicide, you will plant the idea in their head.
FACT: Asking the question may help alleviate some of the emotional pain the person is feeling and starting the discussion may lead to finding solutions to the problems.

MYTH: Prohibiting access to potentially lethal methods of suicide doesn’t work because a person will just find another way.
FACT: Many suicides are impulsive so removing access to guns, medications, bridges (with bridge barriers), etc., gives the person an opportunity to change their mind and gives family members an opportunity to intervene.

MYTH: Someone who says they want to kill themselves is just looking for attention.
FACT: ALL threats must be taken seriously even if you don’t think the person will actually follow through. If the person is thinking and talking about wanting to die, they are at risk and are in need of help. You can call the Suicide Prevention Hotline at 800-273-TALK (8255) or your physician. Call 911 or go to your nearest emergency room if the person is in a crisis situation.

What Can You Do?

One of the most important things you can do to prevent suicide is know the warning signs. A person is in danger if they talk about:

If you observe any signs in a loved one, take it seriously; 50% to 75% of all people who attempt suicide tell someone about their intention. Stay with them and talk to them, but don’t try to help them all by yourself. Reach out to a counselor or physician. Likely, an evaluation by a mental health professional will be recommended so the proper course of treatment can be determined. If the person is in crisis, call 911or take them to the nearest emergency room for immediate help.

Listen to them. Take them seriously. Stay with them. Get professional help.